Going vegan doesn’t just give you a new perspective on food, it changes your entire mindset on life. After going vegan, I became more sustainable, made the move to cutting out single-use plastic and educated myself on things going on in the world. I have new goals, I’ve discovered minimalism and I have new ideas on the impact I would like to have in the world.

I wanted to explain to you why and how veganism is not just about the idea that meat is ‘bad’.

For over a year I followed what some would call a ‘green vegan lifestyle’ in that I chose not to eat dairy and meat with the aim of reducing my carbon footprint and promoting sustainability. 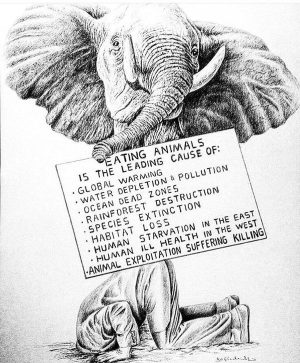 However, do I think eating meat is inherently wrong in and of itself? No. And here’s why.

Growing up on the islands in Seychelles, I witnessed first hand the respect with which fisherman catch their fish and the pride with which they sell these by the side of the road or take them home to their families or neighbours. I have personally caught fish that we’ve then cooked for dinner and felt nothing but gratitude at how we live on a planet that provides us with everything we need to survive.

I grew up with friends who worked on farms and who could kill a chicken with their bare hands. Although I personally probably couldn’t kill a chicken, I always felt there was nothing inherently wrong with the fact that local people were tending to their livestock and living sustainable lives on the what they worked hard to produce.

Since going vegan, I’ve grown used to not eating meat and I enjoy the state of my body without it. I also do believe that animals are capable of feeling the pain and cruelty which we inflict on them, which is another reason why I personally choose to be vegan. 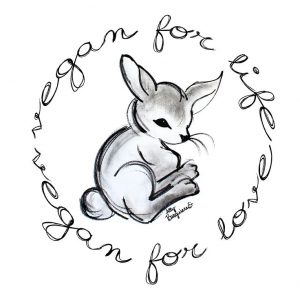 That being said, living in Europe means that I have availability to all of the options that allow me to live a vegan and sustainable life, a commodity that a lot of people take for granted.

I believe that in terms of food, you’re allowed to eat whatever you want because it is your body, so long as your choices are made consciously. What I mean by that is having the care to know where your food comes from and that it was sourced in a way that isn’t destroying the planet.

It’s the age-old case of ‘everything in moderation’.

But it goes so much deeper than saying “it’s your body, so it’s your choice”.

Many cultures could not have evolved without the consumption of meat and the use of their products, like fur and bones. I’m thinking here of indigenous tribes such as those in the remote areas in Russia, who even today could not survive the harsh winters without hunting the way they do.

Other cultures that have evolved with delicious cuisines around different meats cannot be expected to change. This is where veganism goes so much further than food.

Where do we draw the line between saying that cultures must absolutely keep their traditions on the one hand, and tackling the problem of over-population and over-consumption on the other?

Many countries in the world have meat engrained in their culture. They have some stunning meat dishes that have been passed on from grandmother to mother to daughter. How do we find a way to ensure that the meat that they are using comes from an industry that is showing more care to the animals up to the time they are killed AND not leaving such a massive scar on the environment? 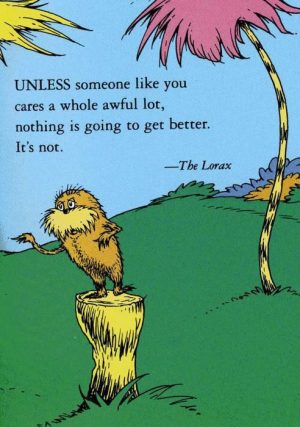 Some would say that we can’t take meat away from a culture that historically used to eating meat every single day of the week. Historically yes, but there are now so many more people in the world than there was 100 years ago. Unfortunately, the human race is going to have to do what the human race does, which is to adapt.

We don’t have a choice but to cut down on how much we consume, because we are facing a global crisis. Not eating meat every day of the week will not strip a country of its culture. It will, however, reduce the demand for meat which will mean that the industry will have to slow down, which will mean less of a disastrous carbon footprint and maybe a bit more care being taken to the lives of the voiceless.

This can only begin by educating the whole world on the impact of the meat industry. We need to make people come to terms with the biggest problem facing the human race in the 21st century: our greed.

It’s a hard pill to swallow but humanity has become so greedy and all we do is demand more, not for one second stopping to think about the costs.

I love food just as much as you do! But if we’re not careful, our desire to live to eat is going to kill us far before our time.

Want to be more sustainable: Get Rid of Single-Use Plastic – Best Bamboo Toothbrushes

Our planet is dying because we are so busy focusing on other things in our lives like our 9 to 5 jobs and money and what to wear, none of which will matter if we don’t have enough oxygen or if our ecosystems die.

People don’t have time to think about what they’re putting into their bodies because of the demands of the traditional working world and the struggles of our fast-paced modern life. No one has time to slow down and even think anymore. We’re stuck in our patterns and routines and don’t know how to get out of them.

Not enough attention is paid to the fact that none of that is important if we’re living unhealthy lives and not having time to look at the world around us, a world which is dying.

Yes, the world needs lawyer, doctors, bankers and accountants. But if each and every one of us does not make time in the pursuit of our individual dreams, whatever they may be, to think of the bigger picture and to educate ourselves on things we do have control over, which is at the minimum, the food on our plates, then there will not be a world in which lawyers, doctors, bankers or any of us for that matter, can live.

Veganism is not about food. It’s a single tiny element in the key with which we can help save humanity and mother nature.

It’s one door among many to opening awareness about things we never contemplated was going on in the world and it’s the map to finding a connection with ourselves and with the world which sadly, is lost to so many of us.

This is just my two cents on the matter and you may disagree with me, but at the end of the day, this planet is as much your home as it is mine, and if we don’t start taking better care of her, she’ll be gone, and we’d have let it happen.

You may be interested in reading of a few other different perspectives on why people go vegan. Check out this post by OutWitTrade for some interesting insights.

Until next time, sit back, grab some Oreos and I can’t wait to see what life has to offer us next!